Sagres is the westernmost town of the Algarve and is the ideal destination for those who appreciate nature’s austere beauty. The enormous waves of the Atlantic Ocean that batter the cliffs and bays attract many experienced surfers to Sagres. Ancient Greek writers described nearby Cabo de São Vicente as "the end of the inhabited earth," such is the remoteness of this cape. The red Cabo de São Vicente Lighthouse serves as a navigational beacon and houses a small museum exhibiting Sagres' role in Portugal's maritime history.

The bulky Fortaleza de Sagres sea fort, which dates from the 17th-century, offers fabulous vistas over the cliffs, and along the coast to Cabo de São Vicente. Inside its walls, it houses a giant pebble wind compass, the Rosa dos Ventos, and the small 15th-century chapel of Nossa Senhora da Graça.

In summer Sagres also welcomes sunbathers who are drawn to its truly fantastic beaches, like the picturesque pebbled beach of Praia da Baleeria and Praia do Martinhal, a gorgeous beach that’s considered one of the best-kept gems in the Algarve.

There are no Sagres articles at this time. 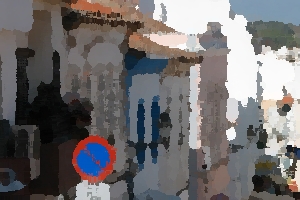