The arty, historic town of Chattanooga, Tennessee, is a tourist destination, especially for the Chattanooga Choo-Choo Hotel guests. Tourists worldwide come to see the former train station that celebrates its centennial this year. It’s a song, it’s a hotel, it’s a destination, and it’s on the National Register of Historic Hotels. Like the entire town, it welcomes every convention that comes to town with several hospitable signs.  In the 1880s, the Chattanooga train operated on the Tennessee Railroad, and starting in 1909., steamed out of the station on Market Street in downtown Chattanooga until the station closed for good in 1973. Now those Victorian-era train cars flank the hotel’s famous Rose Garden, which tourists stroll through as they step down from their unique guest rooms aboard those same train cars.Sleeping in a train car provides a glimpse into an earlier era. The train cars still have the original ceilings, although the furniture has definitely changed since sleeping in a private car was the ultimate luxury, a status symbol. Whether you choose to stay in a train car or in one of the hotel’s three guest buildings (executive suites are also available), the romance and gentility of history as well as Southern hospitality, combined with modern conveniences, will make your stay an unforgettable one. You can see this in the high-ceilinged domed lobby originally built by Don Barber. You can see it in Sweetly Southern, Artifacts (devoted to civil war and Southern belle merchandise and memorabilia), the Little Lace Lady and Sweet Things, four of the hotel’s specialty shops. You experience it in the treatment you receive at this hotel. The hotel staff goes out of their way to make guests feel welcome, whether you’re dealing with Josh, the front desk clerk who advises you about local take-out late at night when you’ve just arrived, the security staff who also drive the free airport shuttle, or Theresa Kelley, proprietor of the Little Lace Lady, a scrapbooking and collectible shop right next to those mighty train cars. Theresa will cheerfully give you information about local attractions, shopping and dining. In addition to popular items such as Beanie Babies, the shop is your source for angels, handcrafted items by local artisans, and scrapbooks so you can preserve memories of your stay, such as the 19th-century-style portraits you can get from Old Tyme Photos.

Other attractions include a Louisiana-style trolley car and the Model Railroad Museum, maintained by the Chattanooga Railroad Club. The display is on a par with the model railroads on display at the Living Desert Reserve in Palm Desert, California, and train enthusiasts (after all, why would you be at the Choo-Choo if you didn’t like trains?) can examine displays detailing how the miniature world is constructed.

There are also displays of the Choo-Choo in its heyday as well as railroad artifacts that include a Civil War-era railroad spike and a replica of refrigerator cars from the 1950s. After all the shopping, trolley car rides and walks in the rose garden, or your business meetings at the Centennial Convention Center, or touring the Tennessee Aquarium, you’re bound to be hungry. If you can resist the allure of Tennessee’s famous barbecue (Smoky Bones near the Hamilton Place Mall is a standout) outside the hotel, you might want to try the Station House, where the waitstaff, such as Bryan, take turns singing a variety of audience favorites onstage. The repertoire varies depending on the crowd. Billy Vera and the Beaters "At This Moment" was a standout during our visit.

Ready to get out and explore? The CARTA Electric Shuttle departs regularly next door if you want to catch a ride to the Bluff View Art District. TIP: There are several different shuttle routes. One will take you to cross to Coolidge Park across the Tennessee River.

The hotel has a shuttle to the Chattanooga Airport (white van, a small sign on the door) - just call the desk. While you're waiting, take one last ride on the Choo-Choo and get a souvenir train cap at the Depot. All aboard! 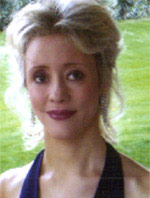 Graduate of the University of Southern California Master of Professional Writing Program and member of Women in Film and Television, Ms. Johnson draws on her multitude of experience in writing and storytelling. She is an award-winning poet (Blue Mountain Arts) and short story writer whose fiction has appeared in anthologies including the Southern California Anthology and Aleatory’s Junction, a respected journalist, and a produced playwright with theatre award nominations (Desert Theatre League, Palm Springs, California). Three of her books have been published—CHRISTMAS COOKIES ARE FOR GIVING was “enthusiastically recommended” by the MIDWEST BOOK REVIEW. Her essay "Lincoln, YouTube and history Reconsidered" was excerpted for HAPPY BIRTHDAY, MR. LINCOLN, A National League of American Pen Women anthology celebrating the Lincoln Bicentennial and officially sanctioned by the Abraham Lincoln Bicentennial Celebration.