Covering the majority of the Asian continent, the country of China is the third largest country in the world next to Russia and Canada. It is comprised of 22 provinces, 5 autonomous regions and 3 special municipalities. Its government is closely associated to the country of Taiwan as well as Macao and Hong Kong, which were both once European colonies. China is a country with a rich cultural and historical heritage and one of the top tourist destinations in the world.

The country of China has a very diverse landscape. Travelers visiting China are treated to a country that is home of rugged hills and deserts as well as tropical plains and Sub-Artic regions. Majestic mountain ranges cover one-third of the entire landscape, most of them can be found in the northern and western regions of the country. It is also home to two large rivers: the Chang Jian River and the Huang He River which is also known as the “Yellow River” and “China’s Sorrow” because of the yellow soil left behind during the times that the Huang He River swells, resulting to floods in the surrounding regions.

If you are traveling to China for the first time, the best place to start your travel is in its capital of Beijing. Home to the recent Olympic Games, the city of Beijing is also home to a number of different attractions offering travelers a glimpse into the rich cultural and historical heritage of the country. Everywhere you go, you are sure to find captivating temples and serene parks, all of which built symmetrically within 3 rectangles. One of the most visited tourist attractions in the country is the infamous Forbidden City which is located in the heart of the Imperial Palace, which was built during the 15th century. Each year, thousands of tourists travel into this historical place which has become a tourism landmark of China. While you are in Beijing, make sure that you also take time to visit the Temple of Heaven. This perfect example of a Chinese pagoda had once been the place where the ruling emperor would pray to the gods in behalf of his people.

The country is also host to one of the most mystifying attraction, the Great Wall of China.

Another city in China worth visiting is the bustling city of Shanghai. Recognized today as the leading center of commerce, trade and industry, the city of Shanghai is the largest city in all of China. It provides travelers a perfect blend on how the Chinese are able to move forward to the 21st century while still remaining in tune to their rich cultural traditions and heritage.

To get the most out of your visit to China, make sure that you get to sample some of the fine cuisine, which has been known all over the world. Food among the Chinese is extremely important and has become a part of their culture as well. For those bold travelers who do not mind trying something on the exotic side, many Chinese restaurants offer snakes and turtles as part of their menus right beside some of the well-known staples such as stir-fried vegetables, meat, noodles and rice.

The best time to visit China is during the months of January and February during the Chinese New Year, which is considered as the most important festival in China. Held during the first new moon of the year, towns and cities all over China come alive with a variety of colorful processions, great food, and dragon dances which are held in the streets. At night, the skies come alive with a spectacular showcase of fireworks.

There are no China articles at this time. 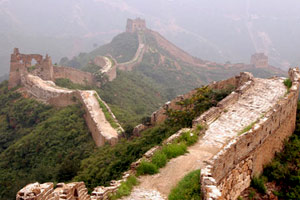 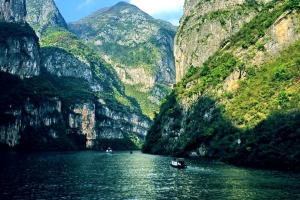