The Land of Fire – Tierra del Fuego, one of the hottest destinations on this side of Chile and Argentina. Tierra del Fuego is full of promise – its many islands entice you to their shores, into an adventure unlike any other. It really is a combination of fire and ice. It is near the Antarctic Polar Circle while also belonging to the southern end of the American continent. Its great contrasts form part of its attraction – perfectly blending the desolate with the magnificent, the majestic with the lowly and ordinary. Its perpetually snow-capped mountains, waterfalls, cliffs, and verdant valleys make it one of the destinations you should discover.It was in 1520 when Magellan first sighted its shores. This became the start of Tierra del Fuego's introduction to the Western world. It was named as such because as Magellan passed these isles, he saw several fires along the coastline. These fires were most probably created by the archipelago's aborigines – the Yamana, Alakaluf and Ona. The whole archipelago covers around 29,000 square miles. Its islands and waterways form what seems to be a maze. The Patagonian Andes, Capes Pillar, and Horn are some of the landmarks.Tierra del Fuego also has a dual personality in that it is one-third Argentine and two-thirds Chilean. The Argentine side is called the Territory of Tierra del Fuego, while the Chilean side is part of the Territory of Magallanes. The archipelago's major island is named Isla Grande – this is shaped like a triangle that has the Beagle Channel as its base. This is where you can find the Rio Grande and Ushuaia. Ushuaia is an excellent starting point, as it is the base for trips to Antarctica and for excursions and treks. Also, if you want to know more about Tierra del Fuego's history, you should visit the Museo Maritimo, which is to be found in Ushuaia's old prison. This is home to an excellent collection of Tierra del Fuego historical artifacts. 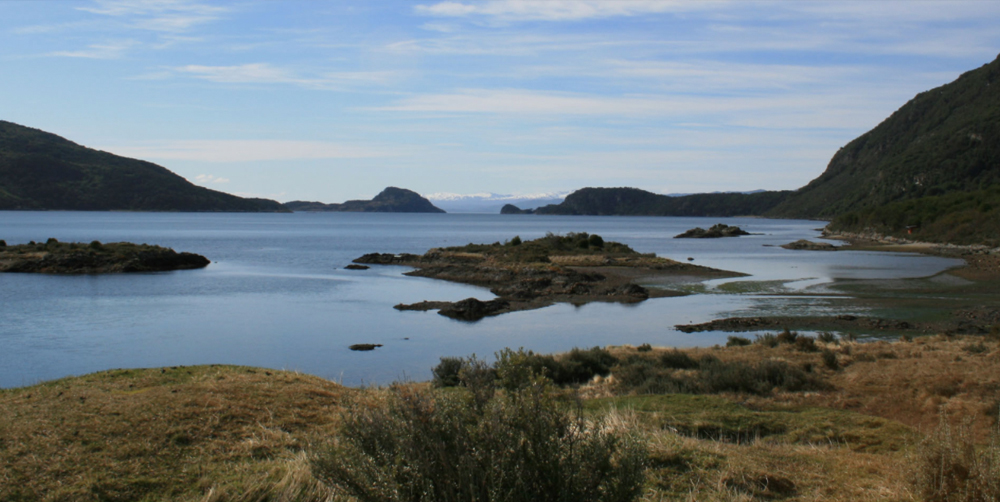 A scenic view near Ushuaia in Argentina.Another must-see is the Tierra del Fuego National Park, which includes a ride to the Train of the End of the World. This goes through the park (through Pipo River, down to the De la Macarena Cascade, and on to the Canado del Toro) and features stops at several interesting and picturesque points. These sites include the camps by Shelkman and Yamanas cultures. The National Park is also a great place to go for hikes.For the adventurous, there are many things to see and do! Trek up to the Glacier Martial, where at the top, you will be rewarded with stunning panoramas of the Beagle Channel and Ushuaia. You can also do some skiing, as this has a ski slope come winter. Now, if you want to see the Beagle channel up close, try a trip via a catamaran or do some kayaking. This gives you excellent opportunities to view penguins, cormorants and sea lions living in the channel. Now, if you want a tour of the islands and do it in luxury, you can also take a cruise. These mostly originate from Ushuaia. Of course, while you're at it, do try some of the famed king crabs, which are a specialty in these islands.

The Tierra del Fuego has a standard rating score of 7.4 .