The “Incredible India” campaign advertised by the government of India is quite apt to describe the tourism capabilities of India. A country with varied cultures and a multitude of landscapes, India is a breathtaking experience. Did you know that India first appeared on the map of the world some 5000 years ago with a full fledged civilization called the Indus River Valley civilization? This civilization was extremely advanced with complete town planning.

The subcontinent of India was home to dynasties like the Buddhist Mauryans, the Hindu Guptas, and the Muslim Mughals who spread their culture and religion across India. This has resulted in making of a country that is host to different cultures. The decline of the Mughal era in the 18th century saw the British uprising in India. India gained independence in 1947, when the Muslim state of Pakistan was also created. Later Bangladesh was created in 1971.

Geographically India is surrounded by the Indian Ocean on all sides and it is responsible for bringing most of the monsoon winds and flooding to the subcontinent. The northern part of India is bordered by the Himalayan Range. It is the highest and the youngest mountain range which is still evolving. Many rivers like the Ganges and Yamuna have sources that initiate from the Himalayas. The entire northern Gharwal region holds practically every kind of winter landscape that you can imagine.

The northern region is a host to the Seventh Wonder of the World, Taj Mahal, in Agra. Built by Shahjahan in the memory of his beloved wife, Taj Mahal is a marvel in marble. The sheer beauty and quietness surrounding it will compel you to brood over for a long time. According to a myth, Shahjahan was so impressed by the architecture of Taj Mahal that he ordered to amputate the thumbs of all the laborers who constructed this spectacle.

India has a rich cultural heritage and it can be seen in the classical dances and music that have been present since times immortal. “Natya Shastra” is the book on dance that was written some 2000 back. In the Ajanta and the Ellora caves, there are paintings and stone carvings belonging to 5th century B.C., which depict various ‘mudras’ or the dance postures by the Lord Shiva and Parvati.

The montage of Indian festivals is an expression of the celebration spirit. The festivals are observed with complete indulgence and fervor. Their vibrancy can be seen round the year. The winter festival at Jaisalmer in Rajasthan is perhaps the most popular festival amongst the tourists. It is packed with excitement with numerous folk artists performing just for you. The day time in the festival is marked by events like camel riding, tug of war, henna decorations and treasure hunts. The evenings are more relaxing with exotic cuisine and fireworks.

Being a host to so many cultures Indians can be seen living in diverse communities, speaking different languages and following various religions. India is genuinely a secular country that is worth visiting to achieve a lifetime experience.

The Ultimate Guide to Landour, India


As soon as the summer vacations begin in northern India, residents of the Delhi NCR region experience a collective itch to pack up and escape the bustle of their mundane city lives. In the nearby state of Uttarakhand, the


Old Delhi is an overwhelming experience with narrow streets chock-a-bloc with people, cyclists and animals, residents peeping out from small filigreed windows overlooking the narrow alleys, shops selling everything from watches


The attractions in this part of the city comprise the elegant and majestic sweeps of Edward Lutyen’s architectural vision, museums that display India’s historic treasures and several historic monuments, crumbling remnants 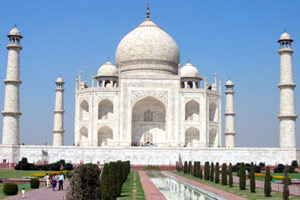