Umbria is one of the major towns in Italy that has an area of 8,456 sqkm. The major town here are Perugia, Assisi, Foligno, Gubbio, Cascia, Spoleto and Spello. The climate in Umbria is pleasant throughout the year varying in the range of 20 degree C – 6 degree C. The main religion is Christian and most of the people are Roman Catholics while other minorities include Protestants and Muslims.

Umbria’s history dates back to 295 BC when the Romans were given the town of Perugia. It was later seized and burnt by Octavian in 41 BC. Perugia is a mountainous territory crossed by River Tiber. This region consists of food, printing and ceramics industry. Visitors can find monuments like Palazzo dei Priori, Rocca Paolina and National Archaeological Museum of Umbria.

The Trasimene Lake in Umbria is the fourth largest lake of Italy. The lake is home to three islands – Isola Maggiore, Isola Minore, and Isola Polvese. Historically the banks of this lake are known because of the defeat of Roman, Cauis Flaminus by Hannibal the great.

Assisi in Umbria is famous because of its mountainous scenery. It is situated on Mount Subasio and is a home to many ancient Roman buildings. The Basilica of St. Francis is a well known monument here.

Yet another historical town is Spoleto. It has a rich heritage and was a Roman colony in 241 BC. It came under Perugia’s control in 1324 AD. Rocca de Albornoz and Chiesa di S.Pietro are world famous monuments here.
Read more

There are no Umbria articles at this time. 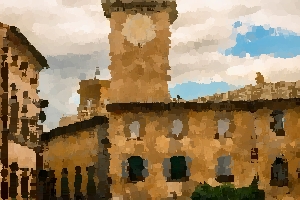