The Campo Santa Fosca is a square in the Cannaregio sisteri (neighborhood) of Venice. It is mainly famous for its church and a statue dedicated to Paolo Sarpi, a highly regarded Venetian of the 16-17th centuries. 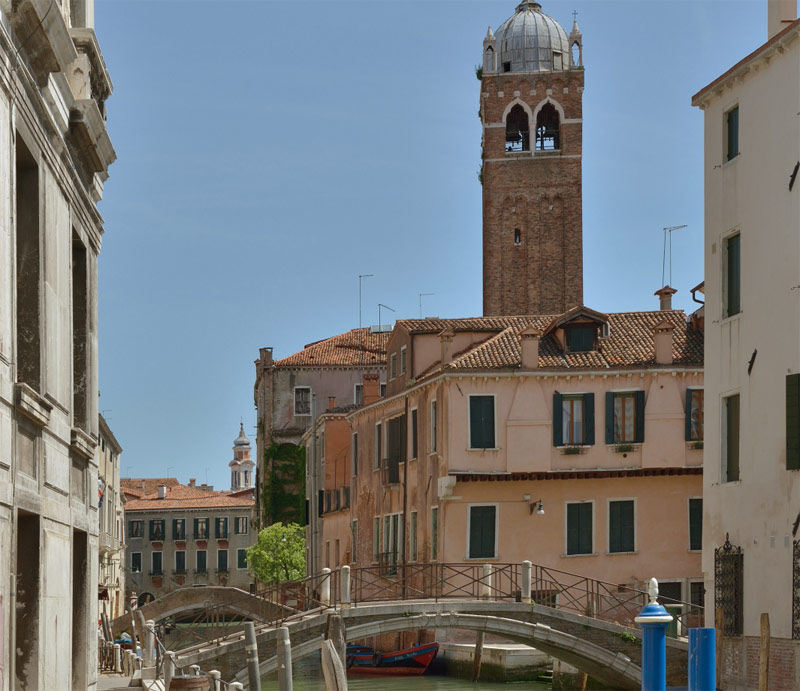 The Campanile behind the Santa Fosca Church and Rio.

Today the parish church is included in the vicariate of San Marco-Estuaire San Marcuola (Patriarch of Venice).

The architectural scheme is simple, with a facade showing a large pediment supported by four half-columns and a curvilinear crown portal. The interior has a single nave with four altars and altarpieces. The apse is set in a square. The decorations were made by artisans of the seventeenth and eighteenth centuries. Francesco Migliori painted the Trinity and the Virgin, painted by Filippo Bianchi. The altarpieces detail the life of Santa Fosca.

A statue was erected in honor of Paolo Sarpi at the exact location where a failed assassination attempt was made on his life.

The Campo Santa Fosca has a standard rating score of 6.5 .