Asia is home to the two largest archipelagoes in the entire world. Philippines, located in the southeastern part of the continent is the world’s second largest archipelago, next to its neighboring country of Indonesia. The Philippines is comprised of 7,107 islands which are divided into the regions of Luzon, Visayas and Mindanao.

The Philippines has been recognized as the only Christian nation in the entire continent. This is primarily due to the immense Spanish culture that influenced the country as a result of it being a colony of Spain for more than 300 years. It is home to some of the most magnificent churches, many of which date back during the first few years of the Spanish colonization. In fact, religion plays a significant part in the hearts of its locals. Travelers visiting this colorful country are treated to festival after festival held all over the country in honor of the saints revered in that particular province. Some of the most colorful festivals are actually held in the country during the Holy Week and season of Lent. One of the favorite festivals of travelers visiting the country is the Moriones Festival which is held in the province of Marinduque. This is a three-day festival held during the Holy Week commemoration. Locals act out the passion and death of Jesus Christ in elaborately designed costumes and the skits are usually held on the streets.

If you are looking for a perfect place to get away from the hustle and bustle of the city life and enjoy some fun in the sun, the Philippines is one country definitely worth visiting. Out of the 7,107 islands that make up the archipelago, only 900 islands are inhabited. Travelers wanting some rest and relaxation would often head up north to the province of Pangasinan and visit the Hundred Islands. Many of these islands are privately owned which, for a fee, you can arrange some accommodations to spend a day in an island with no one else in sight. It is no wonder that this is a favorite destination for newlyweds as well.

For those who are looking to enjoy the more adventurous side of nature, the Philippines is also home to numerous mountain ranges offering mountain climbers a breathtaking view from its peak. Some of the most visited peaks are Mount Apo in the Mindanao region and Mount Pulog in Luzon.

If you are planning to visit the Philippines, the best time to visit is during the summer season, which is between the months of March and May. Thousands of tourists from all over the world head out to the Visayas region to the small island of Boracay, which is home to some of the finest beaches in the world. During the day, locals and tourists enjoy the white powdery sands and cool, clear waters surrounding the island. At night, the island comes alive with numerous bars and events, turning the island into one huge beach party. An important tip is to make sure to make your reservations way ahead of time since the accommodations here can be booked out very quickly.


Iglesia ni Cristo, or Church of Christ, is a known independent Christian church that was originated in the Philippines. This particular church claims to be the reform or reestablishment of the original church that was founded 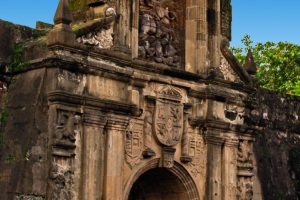