Towering on the northern side of Piazza San Marco near the entrance to the Merceria, the Torre dell’Orologio adjoins the eastern end of the Procuratie Vecchie. This Renaissance clock tower, and popular point of interest, dates to the late 15th century and was designed to exhibit Venice's wealth and strategically placed to be visible from the lagoon waters.

The terrace at the top of the tower features two bronze figures known as the “Moors”, which strike the hours on a bell. They represent the passing of time, with one old and the other young. The sculptor is believed to have been Antonio Rizzo, while the bell itself was cast at the Arsenal in 1497 and signed by one Simeone.

A winged Lion of Saint Mark is depicted below with an open book, together with a semi-circular gallery featuring statues of the Virgin and Child seated. 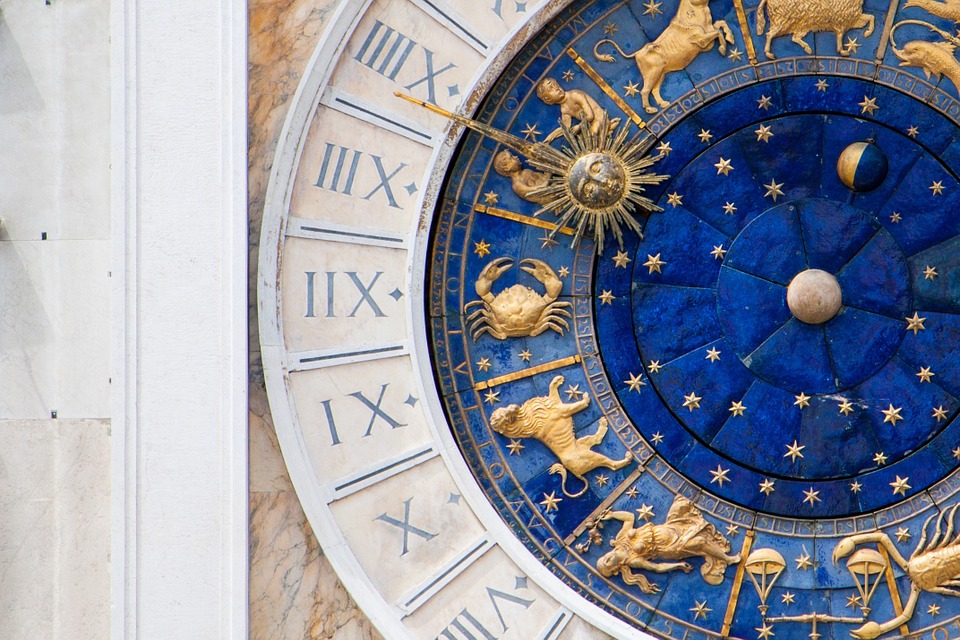 Part of the tower's clock

Below the lion sculpture is the clock face in gold and blue, set inside a marble circle that has been engraved with the hours of the day in Roman numerals.

The clock was built by father and son team Gian Paolo and Gian Carlo Ranieri, with Mauro Codussi, attributed with the tower’s design. The Merceria thoroughfare passes through the arch at the base of the tower, linking the political and religious center of Piazza San Marco to the commercial and financial hub of Rialto and offering a monumental entrance to Venice’s principal street.

Don’t miss the opportunity to climb up the steep and narrow staircase inside the tower on a guided tour, allowing access to the roof terrace and passing the clock mechanism along the way.

The Torre dell'Orologio has a standard rating score of 7.6 .