Considered to be the most populous, Andalusia is the largest region in Spain. Andalusia is divided into 8 provinces. It is bounded by Extremadura and Castile-La Mancha in the north, Murcia and Mediterranean Sea in the east, Portugal and Atlantic Ocean in the west and Strait of Gibraltar in the south. Strait of Gibraltar separates Spain from Morocco. Agriculture is the main service sector here but other industries include tourism, retail sales and construction.

The Spanish region Andalusia is most of all famous for its Golden Triangle, including the cities Cordoba, Granada, and Seville. These towns, situated in a beautiful landscape of countless olive trees and picturesque villages, have many historical resources. Also, Andalusia is within reach of the southern Costa's, of which the most popular is the Costa del Sol. Near the coast, you can find amazing cultural attractions, such as the picturesque village Ronda and of course Malaga, the main city in this varied region.

Andalusia is home to the popular bullfighting and flamenco. Flamenco is an art that originated in the southern side of Spain. This art is comprised of dancing, singing and playing guitar. Bullfighting or Corrida is a popular pastime of the Spanish here. The sport involves the Toro Bravo species of bulls.

Seville is the capital city and home to the great monuments like the Arabian belltower Giralda and Torre del Oro, which is an enormous cathedral. Granada or the Moorish Jewel is situated with a backdrop of snow capped Sierra Nevada Mountain Range. Cordoba is yet another city that has the most impressive Great Mosque of Cordoba. Malaga is famous for its pristine Mediterranean coastline. Costa de Almeria is a stunning coast present in the city on Almeria. The Donana National Park has some of the world’s most popular sights like the moving dunes and the marshy regions. Cadiz is the oldest city in Andalusia. The main fishing port over here is Huelva that provides employment to many people. Other main tourist attractions here are the Alhambra and the Mezquita monuments.

Even more to Andalucia...

Andalusia is home to a variety of amazing coastal areas which range from the developed resort area of the Costa del Sol to the less crowded beaches of the Costa de la Luz and Almería. The region also takes in the highest peak of Spain –the Sierra Nevada (where you can go skiing) and the country’s largest Nature Reserve, the Doñana National Park – that boasts a spectacular amount of flora and fauna.

Finally, Andalusia has a thousand different flavors waiting to be tried. Apart from the sherries of Jerez, there is the classic fresh fried fish (“pescaíto frito”) from Cadiz and Malaga, smooth olive oil, and other typical dishes as gazpacho.

Andalusia is also Spain at its most vivacious that can be experienced at one of the numerous annual fiestas, and ferias.

There are no Andalusia articles at this time. 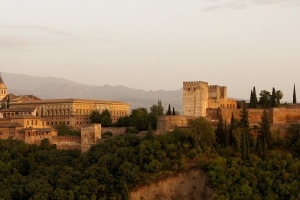 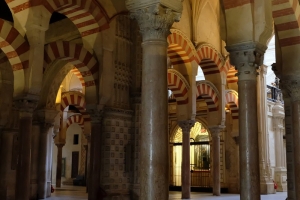 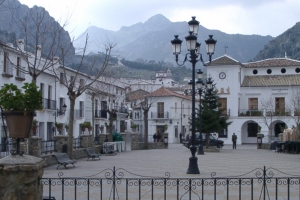