With vast expanses of “Outback”, enviable stretches of coastline and hip modern cities, Australia is an island nation situated between the waters of the Indian, Tasman, Coral and South Pacific Oceans. Most of its population is clustered along the eastern and southeastern coasts in iconic cities like Sydney, renowned for its Opera House and Harbour Bridge, as well as Melbourne with its famous lane way culture.

The artistic hub of Adelaide lies in the central south, with Perth hugging the far southwest and Hobart lying isolated at the bottom of the country on the island of Tasmania. Sultry Darwin is the main center in the Northern Territory, along with the Red Centre settlement of Alice Springs, while Cairns and Brisbane are the most popular tourist hubs in Queensland. Canberra is the nation’s capital, situated in its own “territory” between Sydney and Melbourne and home to many of Australia’s national museums and galleries.

Australia is famed for its Great Barrier Reef, which stretches more than 2,000 kilometers along the northeast coast of Queensland. Explore its pristine coral gardens and marine life while snorkeling, scuba diving or by glass-bottom boat and relax on the idyllic islands of the Whitsundays. In the far north of Queensland lie the pristine forests of Cape Tribulation and the Daintree National Park, which have made a name for their eco-tourism activities and lodges, as well as the Torres Strait Islands with their rich indigenous culture.

The Northern Territory is home to one of Australia’s most famous national parks - Kakadu - where immense sandstone escarpments and towering waterfalls meet billabongs teeming with birdlife and ancient indigenous rock art sites. Further south stands the towering monolith of Uluru in the heart of the Red Centre and the dramatic landscapes of King’s Canyon and Kata Tjuta. To the west stretches the Savannah Way, which weaves through the spectacular Kimberley region to the coastal town of Broome.

Western Australia is known for its vast wilderness areas and the Ningaloo Reef where whale sharks can be seen, together with the wineries and surfing beaches of Margaret River. To the east lies South Australia, centered on the festival city of Adelaide, with world-renowned wine growing regions such as the Barossa Valley and McLaren Vale. Victoria hugs the southeastern corner of Australia, with a fascinating gold mining history in its charismatic towns and village, while New South Wales’ beaches and hinterland offer plenty of opportunities to venture outside of the capital Sydney.

Make the journey south to the island state of Tasmania where breathtaking hikes take you through World Heritage-listed wilderness areas and one of Australia’s most cutting-edge modern art galleries can be found. Other islands worth visiting include magnificent Lord Howe Island off the east coast of Australia, known for its untouched tropical forests, diving and surfing, and Kangaroo Island that hangs off the Fleurieu Peninsula in South Australia. Spot seals, penguins and koalas in its national parks or head to Rottnest Island near Perth that is famed for its secluded coves and native quokkas. 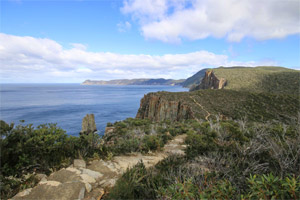 
Nestled below Australia’s mainland in the seas that extend south to Antarctica is the rugged and wild island of Tasmania. It’s home to large tracts of wilderness, pristine rivers and untouched beaches that lure adventurous


Sydney is one of the travel destinations that people go to on holiday as it serves both your needs and those of your family. The capital city of Australia and one of the best cities in the world Sydney has all you need to


With its pristine beaches, exotic locations and amazing scenic beauty Australia is amongst the most popular holiday destinations this day, with people across the world wanting to visit the country which is believed to be